Micheal J. Thompson, in his ‘Islam, Rights, and Ethical Life: The problem of Political Modernity in the Muslim World’ (Theoria: vol.57, ps.100-125, 2011) identified two broad theories which he states seeks to explain the lack of political modernity in Arab Islamic societies. First, there is the economic development approach which argues that the lack of it in Arab Islamic societies has prevented the domain of civil society from forming providing no opposition to authoritarian institutions (Zubaida 1992, 2001a; Bellin 1994a; Anderson 1995; Ibrahim 2002) The second explanation is that the value system of Islam as a religion is ‘anathema’ to modern forms of politics, thereby shaping non democratic and even authoritarian institutions. (Fish 2002; Barakat 1993; Korany 1994; Zakaria 2003). Thompson explains that both of these theories taken on their own are ‘inadequate’ and set about exploring ‘modernity’ in a different way, to offer an alternative explanation of Islam’s relationship with political modernity. It is important to note here that the real question that Thompson is exploring here is Islam’s relationship with Democracy. To what extent does Democracy represent ‘Political Modernity’ or ‘Modernity’ in the realm of politics is the sum of a form of ‘Democracy’ are questions needed to be explored in themselves. END_OF_DOCUMENT_TOKEN_TO_BE_REPLACED

Islamic Educationists have to be at the cutting edge of Education theory and practice and should not be solely motivated by tick-boxing topics covered on the curriculum.

The following documentary is five star viewing for Islamic Educators. Put together by New Future Media, it highlights the argument that educational practices in today’s schools are socially unsustainable and explores a range of pedagogies and technologies, which can improve the way teachers teach and children learn. Some ideas covered are:

Please note that these are only ideas for consideration and should not be taken in isolation from any of the other previous suggestions we have made, for example, in our earlier article: ‘Planning Research Methods into Curriculum Delivery.’

As of the next Academic year 2012-13, British curriculum schools in Dubai will undergo inspections by BSO (British Schools Overseas) inspectors applying the same standards of the Department for Education (DfE) in the United Kingdom. For the core international curriculum (Maths, English and Science) this is great news. Parents who pay a lot for their children’s education will rest assured that the quality of education their children will receive meets the equivalent standards that they will one day reintegrate into after leaving life in the UAE.
I wonder, how will this pan out with the provision of Arabic and Islamic Education? Will the KHDA continue to oversee the teaching of Arabic and Islamic Education? Are they going to make sure that teaching and learning of these subjects also meet international quality standards?  Moreover, as the crisis in Arabic and Islamic Education continues who will finally underpin the importance of Arabic to ‘Islamic and or Arabic identity?’ Furthermore, will Islamic Education classes continue to be a ‘pointless lesson’ due to its lack of marketability or social value? These are important questions both for the UK and the UAE and in particular for learners of Arabic as a Second Language and the Muslim population of expat children undertaking Islamic Education.
The United Kingdom and Western democracies in particular since 9/11 have spent billions combatting terrorism and reinforcing the values of citizenship through encouraging closer integration between Islamic Studies and Citizenship Education. Will Islamic Education in the Middle East continue to bear the resemblance of some vague type of moral instruction or look more like Citizenship and PHSEE Education? Will Arabic and Islamic Education students and graduates see the economic value of their certificates and degrees as they are urged to take these subjects seriously by their teachers?
Lastly, as answers are being found to these questions, will Arabic and Islamic Education teachers – both core subjects in this part of the world – be entitled to the same professional recognition and continued professional development as their colleagues of the other core subjects? These questions are yet to be answered.

How do we teach our children to think, analyse and deconstruct information? Islamic Education must mean a set of research and critical thinking tools, which are based upon Islamic epistemology or Islamic Theory of Knowledge.
This is the time of the year for reviewing how well or not so well we have delivered our trust (Amaanah) as Educationists. Teaching children banks of information from curriculum resources – books, dvds, cds, etc – will be of little use if they cannot formulate judgements, problem solve and make decisions that please Allah or in the least subscribe to a criteria of ‘Islamic Rationality.’ To some this may seem oxymoronic, since ‘Rationality’ derives from a positivist approach to knowledge and Islam the antitheses of all forms of knowledge having no basis in ‘Revelation.’ But who says that Islam is not rational or that the act of being rational has to exclude goodness or Godliness?
Consider the following questions and self evaluate whether you have enabled your learners to do the following:-

1- To understand the key Arabic terms which define the Islamic concepts they are studying
2- To reference the Holy Quran for their key canons of faith and practice, making sure they develop the habit of firstly seeking the view of Revelation before embarking upon their analysis
3- To reference the sayings, actions or acknowledgements from the life of Prophet Muhammad for any of the topics under study and to understand the difference between a command and a recommendation
4- To use their Arabic language skills to be able to read and write those verses and hadith traditions in Arabic so they begin to see to the importance of the Arabic language to Islamic Studies
5- To be able to think critically upon a range of scholarly views on a single verse or hadith tradition and the different thinking methods involved in deducing opinions, so rather than teaching them what scholars have said, they analyse the reasons and sources behind their opinions and how they came to their point of views
6- And to develop the skills to evaluate complex issues using the five canons of Islamic legal thinking: Compulsory, Forbidden, Encouraged, Disliked and Optional; and the conditions under which actions or non-actions can be thus classified?

This list can be extended, but the aforementioned are the most basis skills we should focus upon when attempting to impart to our children an “Islamic Research Methodology.” If we missed this opportunity this academic year, there is always next year.

The attached article: “The Islamic in Islamic Education, Evaluating the Discourse” by Farid Panjwani is both thought provoking in parts, while at the same time a critique of the writer’s failure to transcend Contextualism and unwittingly subjugating himself to Existentialism. 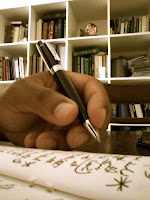 Panjwani began by critiquing perceived approaches of the illusive adjectival coinage: ‘Islamic Education.’ He challenged Muslim intellectuals who saw ‘Islamic Education,’ a divinely ordained system, as a replacement to man-made Western Education, which was perceived as degenerated and without values. He argued that those who held this approach, plausible in parts, based their critique exclusively upon Western sources which showed that the concerns about the decline in educational standards are the concerns of all, both Muslim and non-Muslim, and with reference to all societies not just in the West.
He also identified an apologist approach towards Islamic Education, by some writers who idealised the glorious age of Islam. They, he argued reflected backwardly to project forward along with Western achievements in science and technology the achievements of Muslims from the history of Islam.
He suggests a way forward. Firstly, an approach that compliments Islam as an ideal in the role of human agency in interpreting these ideals. ‘In other words there was a need to shift from ‘Islamic’ history to the history of Muslims’ – though, he admits that that approach can only be an ‘initial’ step and ‘not be sufficient for a thorough revision of the discourse.’ (p.6)
This suggestion is thought provoking because it can represent a dynamic paradigm shift in research methodology, which focuses upon how Islamic concepts, ideals and even institutions are interpreted and contextualised by Muslims rather than a search for the metaphysical or theoretical in ‘Islamic’ in Education. As he puts it: ‘If the question posed is, ‘What is the Islamic concept of knowledge?’ it can easily push one to seek a unified, unhistorical concept of knowledge in a unified, unhistorical notion of Islam.’ Further adding: ‘If the question is, How have Muslims understood knowledge?’ then we are likely to search for context-based answers that would show that since their earliest history, Muslims have had a healthy diversity of views with regard to this important epistemological issue.’ (p.8)
Now, although these arguments are compelling, I feel that the author is making a case for unrepresented voices, cultures and sects which are not heard within mainstream Islam. These statements might be seen as harsh and I may be accused of reading too much into the University ‘The Aga Khan University’ to which he belongs. However, it would be wrong to judge anyone on the basis of their intellectual inclinations. Yes, we know that the ‘Islamic’ in Education is a particular narrative or discourse on the world. We also know that the concept of ‘Tawheed’ (The Unity of God) superimposes itself upon Islamic thought and thinking. To me that means the highest ideals of ‘Justice’ to others it may mean something else. This is an epistemological deduction, which a century of Islamic scholarship have deduced from the Holy Quran – the Quran is the primary source of knowledge in Islam. How that is understood and made manifest by a host of Muslim cultures and peoples are valid questions and so I can agree that there can exist a range of  Islamic (or Muslim) conceptions of Education. The definitive question is, however, to what purpose is Islamic Education? To me the answer is clear: Restoring the balance between God in connection to human agency. That is manifested through social imagination of Believers in Islam of the meaning of Justice, Tawheed, and not anthropology. To what extent do Muslims behave justly, I guess that’s Panjwani point.